Working in another country: Harsh in Austria 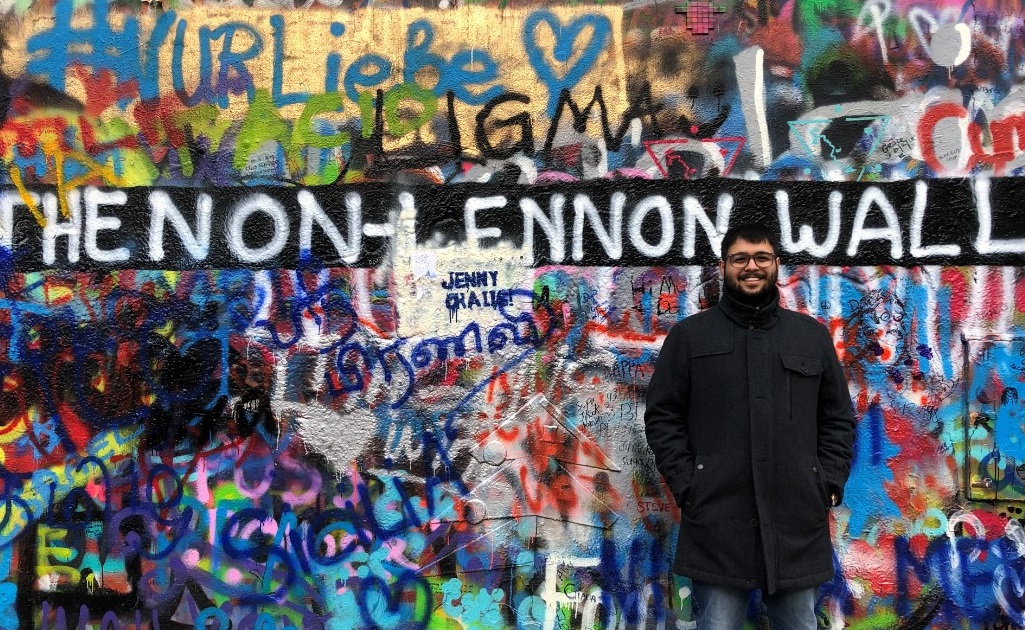 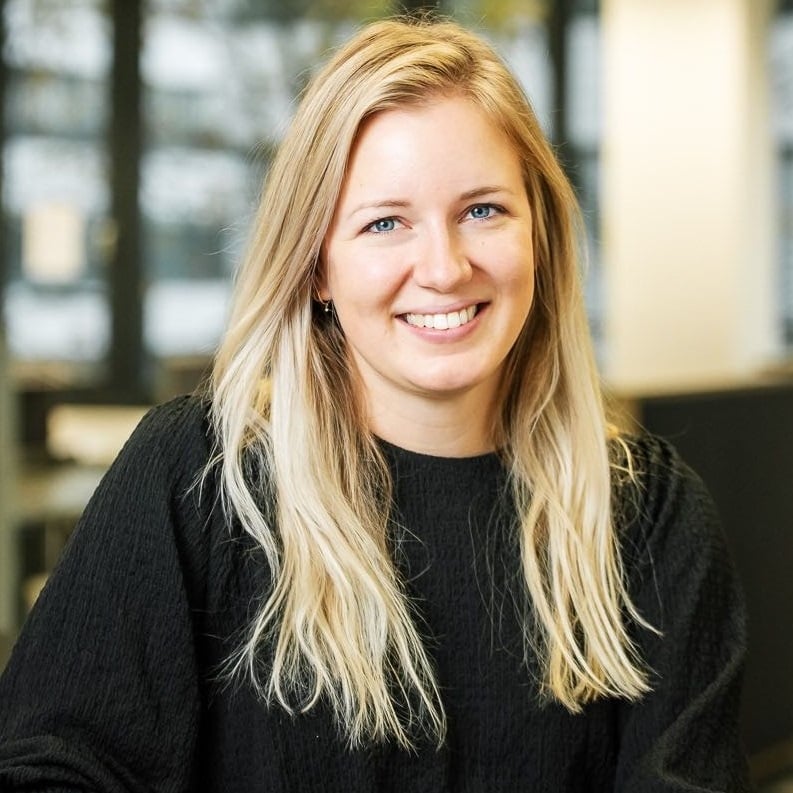 Cricket vs. Football, Kurta vs. Lederhosen, Curry vs. Eiernockerl - as contradictory as these may seem, like all good marriages, it need not always be about that vs. that but a best of both approach, which can do wonders, as our Nagarrian Harsh proves. He moved from India to Austria recently. In this blog, Harsh talks about his funniest experiences in an interview, the prejudices of the grumpy Viennese, and his newly-acquired friendships.

Tell us about yourself – who is Harsh?

I’m a 30-year-old man-child nerd who gives everyone a hard time by sharing unnecessary “you-know-what?” trivia. I share my birthday with Jimi Hendrix and Bruce Lee though I can’t claim to rock a party like Jimi nor can I make any Bruce-cool sly moves  to throw someone off balance. I kind of balance their awesomeness with my dullness (Panda is my spirit animal). I’m a hardcore classic rock aficionado - love to attend concerts and trips to B3 Hammond. At Nagarro, I’m mostly involved as a Presales Consultant to support all business development activities around the globe (with a special focus on Austria as a growing economy). I love to cook, and multiple people can vouch for my culinary skills (at least whoever of them could still survive to tell the tale!), and aspire to open my restaurant someday. I am also a sports buff (although I don’t look like one)—I like to play squash and tennis, and love to run around in the beautiful city of Vienna. I am a die-hard football fan and a season’s ticket to the local football club "Rapid Wien" was one of my first prized possessions in Vienna.

How and why did you decide to come to Austria?

Back in 2017, I visited Vienna during my vacation. I fell in love with Vienna in just 48 hours. It’s a beautiful city – so culturally bonded and yet so modern. This blend makes everyone find something they love in this unique combination. Somewhere in my mind, I had thought that Vienna would be a city I would love to work in, and I was lucky enough to land an opportunity here! Nagarro in Austria had just (back in January 2018) merged with a large local company (Anecon), and that led to a sudden surge in the sales team. That led to a need for someone to provide fast local support and also help in the cultural and sales integration of both the companies. I’m a strong advocate of multi-cultural workplaces and a global working culture, because I believe it makes me more open-minded and mature. As things worked out, I was selected by the management to take up this responsibility which fit perfectly with my career aspirations and my skillset. 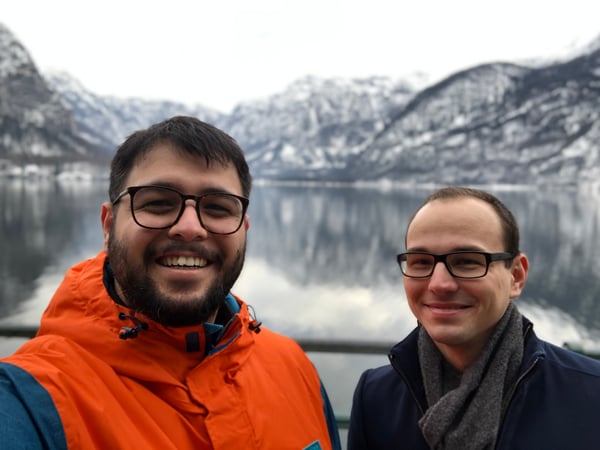 How did you prepare for this change?

When I discussed with my friends and family about Vienna as a potential work destination, they all had this stereotypical view (thanks to the media) that the people there are perhaps not all that friendly. I never believed any of it because I could see that the people I was working with were (are, and will be) one of the most special people I have ever worked with. I came with a very open mind to absorb whatever the city would give me. I had started learning German back in India, and I also took the initiative to take a keen interest in their culture (something which my colleagues appreciated a lot). I read their history, listened to their music, and learned about their culture (my trip – a year back gave me some advantage) to understand their likes and interests, which gave me the advantage that I could easily develop a comfort zone with my colleagues at Nagarro. I believe that taking an initiative is very important. If people feel that you are willing to learn about them, their culture, and move out of your comfort zone, they appreciate it. To sum it up, two things will always help – an open mind and taking initiatives. If you possess these attributes, you can make yourself comfortable anywhere in the world!

What challenges did you face at the beginning?

Honestly, I didn’t face any challenge at all, and it was way easier than I expected. Nagarro colleagues here helped me and still support me in every way. I have been lucky to find such good people around me, and have now made some really wonderful life-long friendships. Even though I am not fluent in their language, they are supportive enough to step out of their comfort zone to talk to me.

What were you looking forward to the most?

International exposure was something I was looking forward to, as it was something that was missing from my resume. I wanted to work in a multi-cultural, multi-lingual, and an international workplace, such as Nagarro to (as mentioned before) help open my mind more and also give me more exposure – moving from more of a back-end job to a front-end role. It was also a career advancement for me. It has been great so far.

What cultural differences surprised you?

The most surprising thing was how planned everyone was! People plan everything through their calendars and even mark personal appointments in them. A lack of spontaneity was something that was very surprising for me. Unlike India, where every plan is spontaneous, I was totally surprised when a colleague sent me a calendar invite for his birthday party ten months in advance. I laughed so hard – I don’t think people even plan weddings or kids with so much meticulousness. However, I have learned from this – that if people plan, they can give time to everything. I’m still not there, and I won’t be there fully because I like to keep my life a bit spicy with some spontaneity. 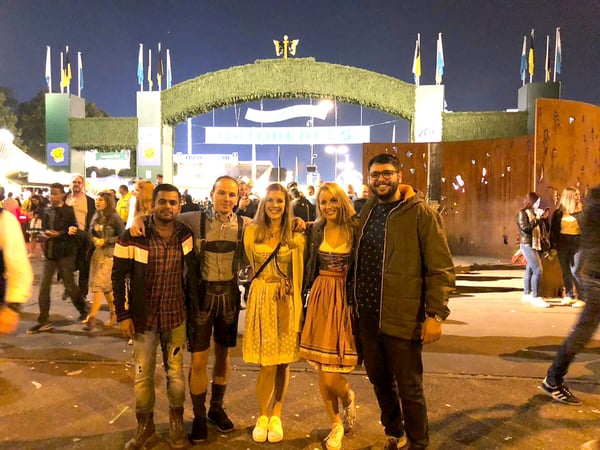 What is the Austrian cuisine like, and do you have a favorite dish?

Although there are not a lot of local vegetarian dishes as people here love meat, I love Eiernockerl and Käsespätzle with a good local "Gelber Muskateller“ white wine. I really like local beers like Ottakringer and Stiegl.

Where and how do you live?

I live very close to the local amusement park – Prater in a small but comfortable apartment. I’m a cleaning freak and usually, I reserve one day of each weekend for cleaning. I like to play host and cook for whoever is interested in eating good Indian food (trust me, it’s better than any Indian restaurant in Vienna!).

What is it like to work in Austria, and how is it different from India?

It may sound awkward, but although now I have more responsibilities and tasks to perform, but because of the planned nature of the country and the people around, I am able to do more work in the same amount of time. It has made me more efficient and I can prioritize better now, although a lot of it is because of the planned life here. Also, because of the short distances, the commute is less tiring, and I have more time for myself and my hobbies. In India, the way (in the best case) to work and back used to take me 3 hours every day.

Do you still have any communication problems here, and if so, how do you deal with them?

Communication problems are limited (I struggle only when we have to interact with the unorganized businesses) because English is widely accepted and many people talk fluently in English in the city. But, English is not very prominent in the suburbs and rural parts of the country. I’ve learned some German (A2 level), so it helps me to communicate with actions and a mixture of English. People love it when you try to speak German. They are pretty supportive.

Looking back, what was the funniest experience in Austria so far?

The funniest experience was when I went to see a local derby football match and the club my colleagues support, lost (unfortunately). When we were exiting the stadium, we somehow got separated, and the local fans were not amused because of the loss. Things got violent, and my phone had already run out of battery life. I had no idea where I was and was lost in the crowd, being chased by the police with big German Shepherd dogs. I hid myself in a small park and somehow found my way to the main street where the tram runs. I was able to find the station and was waiting for the tram. However, because of the tense situation, the police had stopped the tram service. I was confused and was trying to ask my way back home. Surprisingly, an Indian guy (who was a cop/or a civil servant) pulled over and asked me in Hindi if I was lost. I told him what had happened and he laughed with his colleagues and dropped me to the nearest train station. Yes, I got a lift in a cop car. Bucket list – check!

Definitely! It is one of the best countries to work in, and honestly I will try to stick around if I can.

Taking time off from work to reboot health

What is special about our Project Managers at Nagarro