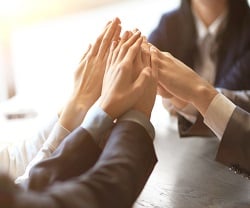 Consensus is one of the most commonly used words; still, it is shrouded in mystery. Many people have tried to explain it (and have done an exceptional job at it!) in simple terms, laying down the pros and cons, and the applicability areas of each consensus mechanism. However, the more significant questions, which need to be answered in the first place to have a better understanding of the blockchain system, are:

What is the need of consensus?

Every system in use today relies on a single source of truth or a golden copy of the record (wherein the value of data is consistent across different sources) to provide the information or to maintain the state of the object (value of the particular record at any given point of time). Any e-commerce system being used today retains the details and the state of the order that you have placed. So, the problem at hand is simple: if we have a single source of truth usually a database, which is replicated over different geographical zones to provide redundancy and fail-safe, there is no need of consensus. However, as you start adding multiple participants, each holding a local copy of data source using consensus becomes imperative.

In case of a centralized system, one thing is for sure that if all the rules are followed, then the state or object is committed to the database. However, when moving from a centralized to a distributed system, the real challenge that crops up is how to ensure that all the participants agree on the state of the object to maintain consistency.

What are the challenges of leader election?

How does the bitcoin network address all these challenges?

The consensus algorithm used by bitcoin to address these challenges is PoW (Proof of Work). The candidate node proposing a new block must provide a solution to a cryptography problem, which involves a lot of computation to solve the puzzle, i.e., the mechanism called “Proof of Work.”

Let us look at how the bitcoin network addresses these challenges using consensus:

Understanding the two key points – what consensus is and what are the characteristics of the mechanism to address the problem – is the first step. Different consensus mechanisms are being explored which will be discussed in further posts.

Multi-carrier shipping software vs. shipping API in e-commerce logistics: What to choose

What is Web3 – a beginner’s guide