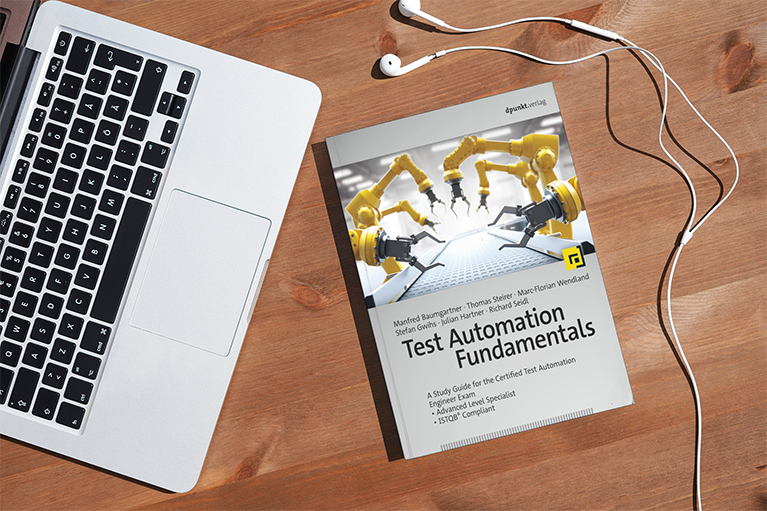 Test Automation Fundamentals – A Study Guide for the Certified Test Automation Engineer Exam has recently been released in the market. This book provides a complete overview on designing test automation processes and integrating them into your organization or existing projects. After its originally published German edition in 2011, we can finally hold the detailed English version in our hands. My co-authors and I couldn't be prouder. In this article, I would like to give you a behind-the-scenes look about this bestseller and about test automation itself.

Who doesn't long for certainty and more ease in everyday life? Which company does not have increased efficiency and faster time-to-market as part of its goals? These longings especially apply to all people and companies dealing with software development, or whose working environment is shaped and influenced by software-controlled systems on a massive scale.

As a representative of a special species among software engineers called software testers, I have always found myself saddled with tension in the following aspects:

To make life a little easier for myself, and to ensure some free time for creative testing activities, I started looking deeper into the topic of test automation from an early stage. Now, I do realize that not all problems can be solved through test automation, and not all areas of tension can be eliminated. On the contrary, at times, even more problems can get added. But in many of these aspects, test automation gives us a tool to achieve significant progress as a software tester and thus, in software engineering.

Based on my 20+ years of experience in test automation, the biggest benefits for me are:

Like in life, likewise in testing. You don't get all only the benefits of any choice. Everything also has its flip side. Similarly, the use of test automation also entails its share of challenges:

Why should you have a copy of the book?

Anyone who wants to work on the topic of test automation in the future would do well to take a serious and professional look at this technology.In 2016, the International Software Testing Qualifications Board published the syllabus for training and certification as an ISTQB® Certified Tester - Test Automation Engineer, which has been successfully offered and accepted in the market for many years.

My co-authors (three of them are also from Nagarro) have enriched this content with the topics of our book "Basiswissen Testautomatisierung" (German, 2011 | 2015 | 2021). Thus, besides our full-time jobs in quality projects, we created an insightful piece of content: "Test Automation Fundamentals: A Study Guide for the Certified Test Automation Engineer Exam - Advanced Level Specialist - ISTQB® Compliant", which was published at the end of September 2022.

The key topic here is the definition of the test automation architecture and its implementation in the company and in its projects. 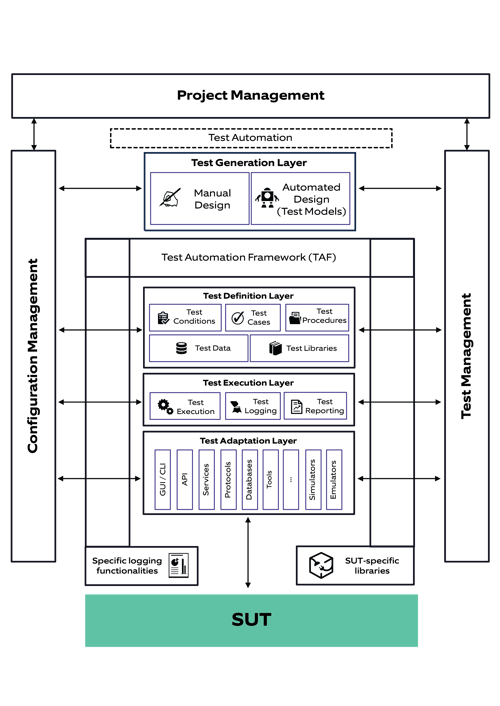 Test automation architecture and its implementation

The appendix contains an overview of software quality characteristics, according to the ISO 25010 standard, and lists potential test automation applications within this context. It also introduces readers to load and performance testing, and a sample catalog of the criteria for selecting test automation tools.

This book prepares its readers very well for the challenges that await them as test automation engineers. By the way, the book can also be very helpful for the ISTQB Certified Tester AL TAE exam. However, the goal is not certification, but to make our work more effective and efficient and to achieve our objectives with more ease.

Many thanks to my co-authors, our publishers dpunkt.verlag and Rocky Nook, the editors and copyediting, and to Nagarro for making this project possible for us.

I hope you enjoy the book. Happy reading!

A Study Guide for the Certified Test Automation Engineer Exam

Get your copy: Test Automation Fundamentals

Product Information US & all other territories

Get your copy: Test Automation Fundamentals