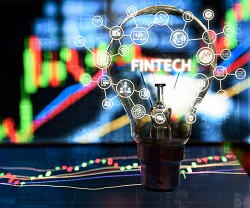 With the emergence of new wallet services such as Apple Pay, Google Pay and more, the financial services sector has become one of the most fast-paced industries to create drastic economic value by moving as quickly as possible. However, it is quite overwhelming to keep up in a domain where customers expect all their services to be available online while regulatory changes, depending on the geographical location such as eKYC, continues to occur more frequently. FinTech companies, either big or small, are accelerating to deliver content and features at a swift and continuous pace. This is where seamless DevOps practices can play an important role in the development and deployment of software. Despite various challenges, seamless DevOps practices can enable your business in the following four areas:

According to the 2017 State of DevOps Report from DORA and Puppet shows, organizations that embraced DevOps in 2017 were at a greater advantage. They were able to deploy changes, updates and improvements 46 times more frequently. Their change failure rate is also 5 times lower, and they can recover from failures 96 times faster. Adopting DevOps practices like pipeline as a code enforces good discipline and opens a new world of features and capabilities like multi-branch, pull request detection and organization scanning for GitHub and BitBucket; hence fuelling the speed of building and delivering software.

Regardless of the initial pushback, enterprises that took the DevOps plunge have consistently proved these practices mitigate potential security risks and help organizations discover issues and address threats quickly and efficiently. This is also why many companies embraced automation practices as a security blanket to enforce security, compliance, and audit requirements. Today, organizations in the financial services domain see DevOps as a resource for security efforts, instead of a threat.

According to IDC’s DevOps and the Cost of Downtime: Fortune 1000 Best Practice Metrics Quantified, IDC estimated that infrastructure failures cost large enterprises an average of $100,000 per hour. Moreover, the 2016 Cost of Data Centre Outages report from the Ponemon Institute goes further, indicating that the cost of unplanned outages in the financial services industry is the highest in comparison to other business sectors. In today’s increasingly competitive industry, financial institutions can’t afford costly mistakes, especially when DevOps practices have proven to reduce downtime significantly.

With a microservices architecture, you can develop applications as a suite of independently deployable, modular services hence achieving zero-downtime deployment which means lesser anxieties about maintenance windows, deployment delays and downtimes, and saving a lot of money in the process. Another 2016 European DevOps survey shows a trend analysis towards the DevOps practices followed by major financial services companies.

One of the major drivers of DevOps in the finance industry is the adoption of Cloud services. Online financial institutions like exchanges or clearinghouses are essentially cloud service providers to the rest of the market. And most of the order management system vendors like Zoho, Contalog etc, are becoming SAAS providers to trading firms, which makes sense for them to adopt some of the same ideas and design approaches as Cloud providers: Infrastructure as a code, automated system provisioning, and containerization, to name a few.

According to Gartner, financial services organizations that have not yet adopted DevOps are more likely to introduce agile programming methodology.

Almost 25% of the overall sample stated that they are either not planning to implement DevOps or haven’t yet decided, only 12% of financial organizations are in the same position. It’s not something you can buy now or decide to do tomorrow; it’s a shift that needs the right guidance to become a reality. Despite the challenges, major financial services companies including Goldman Sachs, Bank of America, Fidelity and Intuit, have already embraced DevOps. Regardless of the type of hardware or software or Cloud the company uses, the stability or the nature of the competition it faces only proves that DevOps is crucial to staying agile and relevant today.