Changing image of offshoring: The dice has been rolled

Let’s say that you have to start a large software project and are willing to invest in 15 experts. You will quickly realize, that the onboarding phase is the moment of truth – and the truth is, we have a serious capacity problem in Austria. 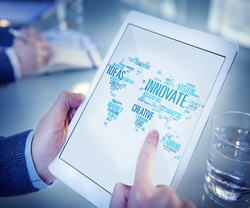 The age in which technology is becoming a ubiquitous life companion, even life-determining – both, in the professional and private sector – has only just begun. Most people are aware of that fact, regardless of whether they see it as an opportunity or a threat. Technological progress is increasing exponentially in terms of speed and complexity. Firms, organizations, and states are running out of time to prepare for the dawning era. Decision-makers are faced with the task of initiating these preparations with the right measures and an effective use of funds. Basic technologies such as cloud computing were an important step, but the infrastructure is becoming increasingly insignificant in the future of software-dominated information technology.

Face it! Software development has emigrated

Digitalization, Industry 4.0, Analytics, Sensor, Technology, Big Data, Internet of Things, Blockchain, Robotics – all dominant future concepts have one thing in common: they consist of highly complex software that must be developed and integrated. Software is the lifeblood of the modern world. This software will not be developed in Austria, Germany, Europe or the USA, but in the large offshore geographies of our planet. Not (only) because it is cheaper, but because it will simply be impossible to meet the incredibly volatile needs of today's industrialized countries. This may seem wrong or unbelievable to many decision-makers and politicians, but it is very easy to prove. 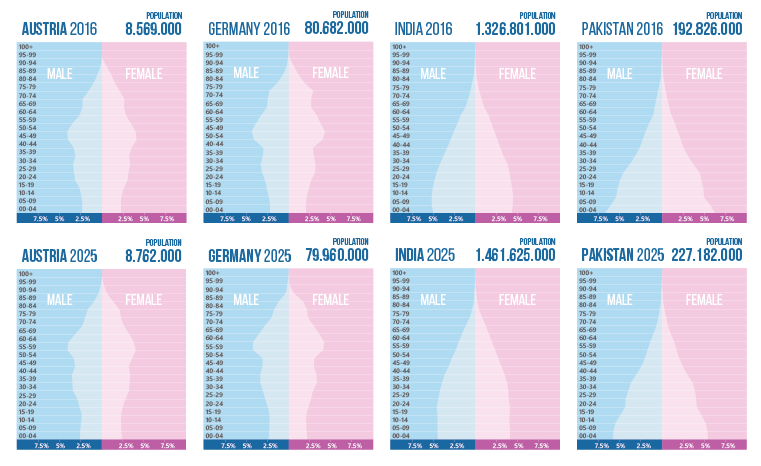 On one hand, there is no strong commitment to fast technological innovations in geographies such as Germany and Austria (which is already evident in terms of the cloud). On the other hand, educational programs at schools and universities are already lagging behind in current needs. In theory, one could work on it, but country demographics show us that that solution is anything but ideal. By 2025, the population of the western industrialized nations will have grown between -05% to 2,5%. For Austria, this means about 200,000 more inhabitants. And obviously, not all young people will grow up to be software developers. During the same period India will grow by approximately 135 million (!) people. Traditional outsourcing countries within Europe, such as the Czech Republic, Poland, or Romania, present a similar picture of the future.

Apart from the fact that the population growth of the increasingly modern Asian countries is between 10% and 20%, more, it is a fact that young and well-educated people are dominating the demographic pyramids. In Asia, especially in India, Pakistan or Vietnam; the education industry pushes hundreds of thousands of highly educated IT people into the market every year. In India alone, the number is about 700,000 per year. In comparison, Austria produces about 10,000, which may be almost twice as much compared to the general population. However, in absolute numbers, it is simply too little to cover the increasing demand.

The advantage that some emerging markets bring in this area cannot be compensated due to the demographic development, the much higher proportion of young people in the population in these markets and finally the economic framework conditions are simply not in balance. Farsighted decision-makers from modern companies have been tracking these developments for some time and are hence hiring support in technology and software development from Asia.

Idea, Innovation, Collaboration – so that we can score

As a result, the only chance of industrialized countries is to focus on generating ideas and innovations in the future and not on Java or C# programming (more on this in one of my next posts).

At Nagarro, we can rely on years of experience in offshoring, or rather, hybrid sourcing. This model has nothing to do with the myth of insufficiently qualified Indian call center staff because we know where to divide tasks.

The corporate philosophy is, of course, accompanied by a smart education policy. In Delhi, Nagarro employs around 3,000 people and maintains a state-of-the-art training academy, where trainers of great technology players and internationally experienced colleagues pass on their knowledge. In offshoring, the technological implementation of agile software projects is predominant. In Delhi, we find and employ highly skilled scrum masters, architects, and developers, who collaborate seamlessly.

In Austria, we focus on other areas such as domain knowledge. Therefore, an understanding of the customer’s business, innovation, and design thinking are competencies that we best meet on-site. Projects are locally coordinated and the right composition of the teams is crucial. Thus, software resources are made accessible to the domestic market within a very short time.

And we do this with a fair degree of success, as the statement by Werner Huss from Automic proves, “We finished our project earlier than expected. If we hadn’t found a cultural fit with Nagarro, that wouldn’t have been possible.” And that’s how it should be.

Think Nagarro Today: The past, present and future of Java

Safety-critical Embedded systems: How to prepare for software development