Optimizing communication with the science of ‘Pre-suasion’

'Pre-Suasion' is what happens before you even start to persuade somebody – or in our case, mostly customers. 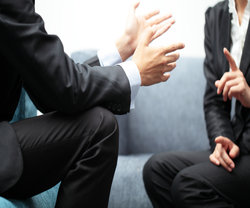 Robert Beno Cialdini, the Regent´s Professor Emeritus of Psychology and Marketing at Arizona State University and visiting professor of marketing, business and psychology at Stanford University, as well as at the University of California; is best known for his theories on persuasion and marketing. His studies in the area of influence and persuasion are not only enlightening and practically useful, but also scientifically proven. His work should be of interest to everybody, but especially to those who are in direct contact with customers.

He points out that it is of utmost importance to use these techniques in a very subtle and responsible way, otherwise the result will be the exact opposite of what you are trying to achieve. A very interesting fact about influence and persuasion is that, even if we deny it, the context in which the specific communication takes place plays a huge role.

Two unmasking studies that show how 'unconsciously influenceable' we humans are in terms of context:

Besides the fact that you can integrate this knowledge into your communication toolset, how could these ideas be put to use when deciding where to meet potential or existing customers? Does it make sense to evaluate a meeting spot with the goal of the meeting in mind?

Would it be a good idea to design meeting rooms according to the conscious and unconscious feelings we would like employees and customers to have? (not necessarily a romantic flower shop theme).

It could even make sense to “customize” meeting rooms for specific customers and for specific negotiation goals.

These are just some ideas to find new ways to continuously optimize our communication with partners and customers with something we hadn´t even considered in the past.

For anybody interested in reading more on this subject I can recommend the following books by Robert Cialdini:

Madtech: What happens when Adtech and Martech collide?