How are IoT experts revolutionizing diabetes-therapy? 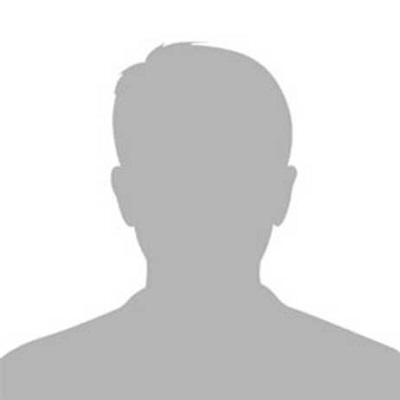 Internet of Things, in the context of medicine, is not just about activity trackers, sports watches, scales or blood pressure monitors with Bluetooth connection. It has the potential to revolutionize medicine, even though at present there are currently hardly any applications in the commercial sector. However, there are several open source IoT projects in operation that truly showcase the potential of IoT in medicine. Let's take diabetes for instance. I, personally support such projects as an active user being a diabetic myself. In this article, I would like to present some of these highly interesting IoT projects, which simplify the treatment of diabetes Type 1 and offer possibilities of completely new and promising therapies.

What is #WeAreNotWaiting?
Under this initiative, hardware and software projects are developed, that the medicine industry considering all its legal responsibilities hasn’t endeavored to develop. Since the technical prerequisites for better treatment methods have been in place for some time albeit these haven’t received much recognition so far. Thus, those affected around the globe have joined forces to improve the status quo which means, the wait is almost over. The "We Are Not Waiting" movement is therefore stems from a Do-It-Yourself (DIY) ideology. There are no ready-made apps from the store, only the source code of the individual building blocks. Hardware can be made by yourself but can often be ordered directly from the community at cost price. The code is provided on Github including compilation and deployment instructions, the communication is directly with the developers and volunteers who train mostly non-technical beginners.

Diabetes treatment today
To help you understand what diabetes treatment all is about, let's first look at Type 1 Diabetes. It is an autoimmune disease that affects blood sugar levels by causing the body's immune system to destroy insulin-producing cells in the pancreas. As a result, the patient has to introduce insulin into the body from outside in order to get the blood sugar back on track. There are different methods for this: 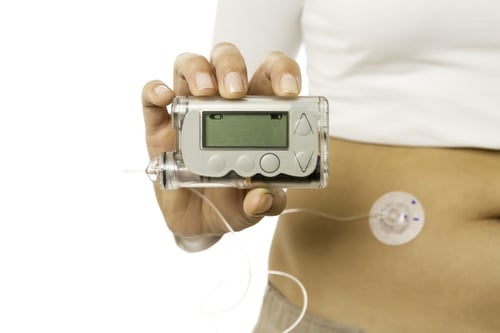 Insulin pump with tube and cannula on the Abdomen 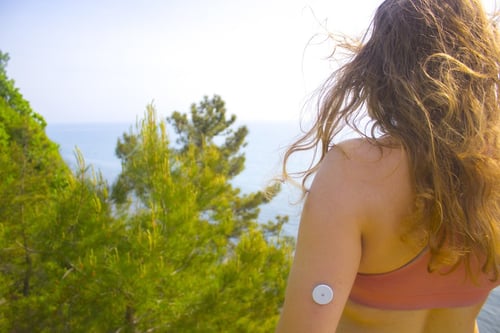 The advantage of an insulin pump for the patient is obvious - the therapy is more flexible as supposed to with a syringe or pen. The patient consumes the insulin quickly and discreetly, without much effort, and helps keep check on the blood sugar level. By reducing the insulin dosage, it is also possible to react more quickly to changes in the daily routine, since sport or stress often confuses the blood sugar level and influences everyone differently.

Insulin pumps were originally as big as backpacks, but now the devices are smaller than mobile phones or stick to the body as disposable products for only three days. It is therefore almost necessary to connect a modern insulin pump to the IoT. But what are the advantages? Remote control via smartphone sounds very advanced compared to the insulin pen.

In combination with a sensor that continuously delivers blood sugar levels or more precisely tissue sugar levels, the step into IoT finally pays off. Despite a time delay of 15-20 minutes to blood sugar, tissue sugar is still an extremely reliable supplier of a patient's current glucose level. These levels are transmitted from the sensor thread via a reusable Bluetooth transmitter clipped onto the sensor to the smartphone or smartwatch. Patients are then informed about their tissue sugar level every 5 minutes and relentlessly alerted at critical level, if necessary during sleep.

The semi-automatic, artificial pancreas
Insulin pumps and glucose sensors have been around for some time now and have greatly improved the treatment of Type 1 diabetes. Although these two achievements in medical technology are reliable and enormously improve a diabetic's quality of life, they still look like a relic of the 2000s. The devices are bulky and difficult to operate - they lack the use of artificial intelligence and the intuitiveness of a modern and compact smartphone.

In principle, such a feedback loop is nothing other than what the diabetic does manually which is taking out the blood glucose meter, stitching it short, adding the blood glucose test strip with the obtained blood sample and drawing conclusions from the level displayed on the meter. If the level is too high, a correction with insulin is necessary (hyperglycaemia). If the level are too low, a little nibbling is permitted (hypoglycaemia) so that the sugar level returns to the target range. 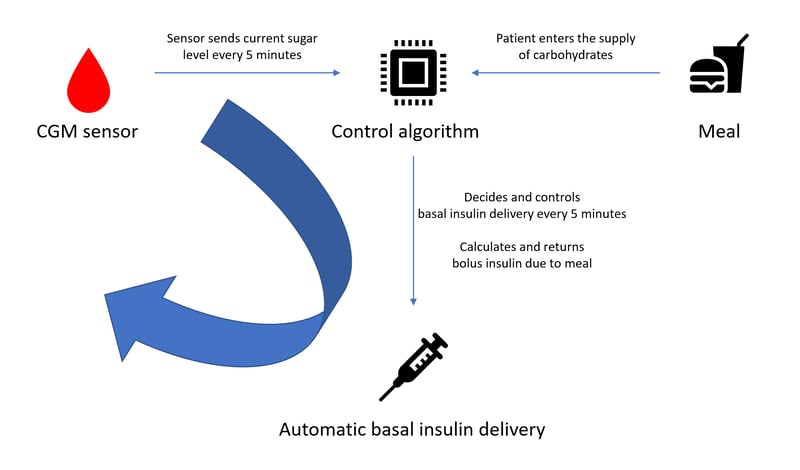 Simplified representation of a closed circuit

This trick is already successful semi-automatically. 'Semi' because only the basal need of a person can be controlled automatically with the available drugs that is the required insulin level that the body needs without eating. As soon as meals are taken, insulin must still be injected according to the amount of food consumed. The patient's experience is therefore still in demand here, as it is not possible to react so quickly to the rapid rise in blood sugar levels with large amounts of carbohydrates.

The limitation here is not the software, but the pharmaceutical state of the art. Either insulin will have to react faster in the future or insulin pumps will release the drug directly into the blood (intravenously) instead of via the skin as previously described. The idea of automating this process and leaving it to a device is not new, but it is still more complex than one might think, since every body reacts differently to insulin, movement and stress. The duration of carbohydrate uptake by the digestive tract is also a factor that is different for each person.

As already mentioned at the beginning, however, the legal component is a crucial point to get a commercially and officially approved solution as a patient. Pharmaceutical companies and medical device manufacturers have often announced the ultimate therapy solution for Type 1 diabetics, but the strict rules and acceptance criteria in the medical field are a major obstacle.

All software updates for measuring devices and insulin pumps are subject to several lengthy acceptance tests and must be certified new each time. In addition to due diligence, it is understandable in the face of US judiciary system, that manufacturers want to protect themselves meticulously. A professional improvement of the technology is therefore not considered in the short term - but this is exactly where initiatives such as "We Are Not Waiting" step in.

Automatic documentation with Nightscout
Diabetics need good documentation so that the success of treatment can also be seen, because without the course of the blood sugar curve and knowledge of nutrition and medication, it is not possible for the treating diabetologist to correctly adjust his patient. For this purpose, there are software solutions such as Nightscout, which can be integrated into the closed loop ecosystem.

Nightscout runs as a web application in the cloud and can be run free of charge in Azure and Heroku. Nightscout's web services serve as a diabetes data grave and can be used by all presented closed loop systems. Nightscout also works with apps that only record sugar levels and do not control insulin pumps such as Spike or xDrip. This means that a patient travelling with insulin pens and a continuous glucose sensor can record his data without gaps.

Blood sugar progression based on a glucose sensor in Nightscout

In a closed loop system, in addition to the tissue sugar level received by the sensor, Nightscout also takes over the daily basal rate and records every meal and insulin delivery that the patient sends to his pump via the control center. Notes referring to illness, sport or stress situations can also be entered in the virtual diary.

If an appointment with a diabetologist is pending, Nightscout generates a report for any period of time or can even be made publicly available. Particularly interesting is the function to track the course of your child's sugar levels via Nightscout. xDrip and Spike offer a follower mode for this, with which read access to a child's Nightscout profile with a smartphone is possible - including all alarm functions for low or high blood sugar level. In addition, you can also have the current glucose level of Nightscout announced to you with an Alexa Skill.

Diabetes treatment tomorrow - an outlook
Since the invention of continuous glucose measurement, patients have finally been able to experience a new technical advancement. The success of the do-it-yourself scene has also prompted pharmaceutical companies and health organizations to listen and rethink. In addition to initial products, some manufacturers and NGOs have already committed themselves to new paradigms.

Although solutions like OmniPod Dash are on the heels of the community, the "We Are Not Waiting" movement has an advantage of not having to face the regulatory authorities and is probably several steps ahead in 2020. What arrives today in the Github can be rolled out on the same day on the Open APS, Loop or Android APS Rig.

Anyone who is interested can participate in the "WeAreNotWaiting" movement, participants are not limited to software or hardware developers. Even if one only participates in the exchange of experiences on Slack, Gitter or Facebook, the feedback helps the end result tremendously. But even in 'real' life, meetings are regularly organized in big cities to help each other. Tutorials and complete instructions are created with passion and always kept up to date. It's a delight to participate in the pre-testing of solutions before they are officially made available - volunteers are invited from all areas.