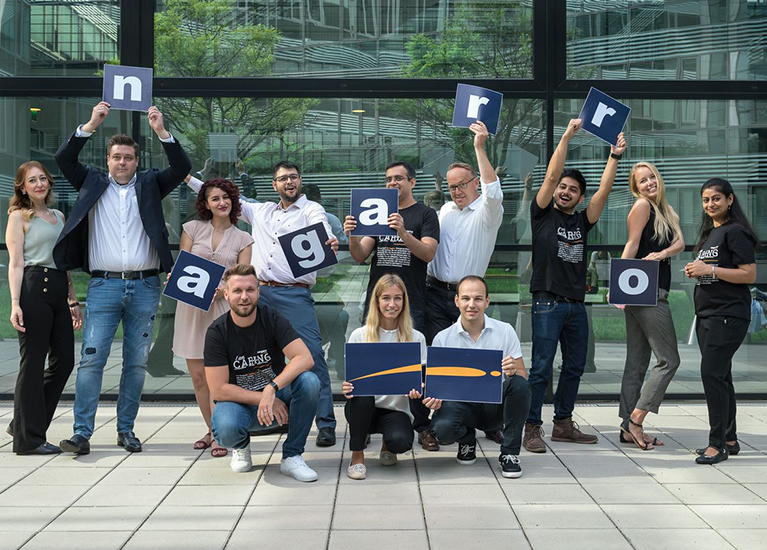 Bucharest, Romania, August 11, 2020: Nagarro, a global leader in digital engineering and technology solutions owned by the German group Allgeier SE, and iQuest, a company specializing in software development and part of the same group, will join forces in Romania. The new local organization will bring together over 800 employees.

The merger between iQuest Group and Nagarro is part of the business strategy of Allgeier SE, a company listed on the Frankfurt Stock Exchange. The strategy aims to group all entities within the technology portfolio of Allgeier into a separate business unit that aims at independent listing, namely the role of an innovative, full-service, global leader in digital engineering and technology solutions.

"Both Nagarro and iQuest are professional services organizations with a solid culture having more similarities than differences. This outlines the advantages of our decision. Both organizations build software solutions based on a consistent understanding of customer needs and with a very high versatility and added value. On the other hand, the new organization will be able to access markets not yet addressed by each of the two companies", says Voicu Stoiciu, Managing Director of Nagarro in Romania.

The customers served by iQuest are mainly located in geographies such as Germany, Switzerland, the UK, and the US. They operate mainly in areas such as financial services, life sciences, transportation & logistics, utilities, and telecom. On the other hand, Nagarro, operating locally since 2005, uses a global delivery model and has customers in areas like manufacturing, transportation & logistics, banking & insurance, automotive, digital, retail, and telecom. After the merger, the new company anticipates a consolidation of the common areas of activity, and an expansion in the new areas by exploiting the group’s potential.

While iQuest will be rebranded to Nagarro over the following months, at an operational level the two organizations will not undergo any change: Nagarro and iQuest specialists will have the opportunity to work on higher number of projects and will have access to new technologies, experiences and delivery models. Thus, project teams can now have specialists from several geographical areas, operating on a global delivery model, as well as from areas of expertise that were not available before.

The new company will bring together over 800 employees locally.

Following the transaction, in Romania the two companies will reunite approximately 815 employees, mostly part of iQuest. Nagarro in Romania, based in Timisoara, has 155 employees, and iQuest, with offices in Cluj, Brasov, Bucharest, Craiova, and Sibiu, has over 660 employees.

The transition phase will be governed by a team formed by the management of the two companies, transferring the current responsibilities to the new configuration, which involves repositioning the iQuest management in roles with global impact in the new organization. Voicu Stoiciu, who currently holds the role of Managing Director at Nagarro in Romania, will oversee the operations of the new entity formed in Romania. Following the merger, the new company representatives expect that the current year will bring opportunities for growth, both in terms of existing and new projects.

“While we are navigating the current COVID situation, we are excitedly looking forward to our next chapter as one company. I am convinced, that our shared culture, in which customer orientation, agility, open communication and the employees themselves have a particularly high priority, will underpin our promising future”, concludes Voicu Stoiciu.

Nagarro, a global provider of high-end technology services for digital innovation and breakthrough performance, has offices in 25 countries worldwide, with major centers in Romania, Austria, Germany, India, Mexico, the United Arab Emirates, and the United States. Nagarro, an entrepreneurial company, was founded in 1996 and was taken over by the German technology group Allgeier SE in 2011. Locally, Nagarro is based in Timisoara, Romania. www.nagarro.com

iQuest, a business IT solutions and services provider, has software development centers in Cluj-Napoca, Brașov, Craiova, Sibiu, Bucharest and Warsaw, headquarters in Frankfurt and a consulting office in Zurich. iQuest started its activity in 1998, being founded by Cornelius Brody, an entrepreneur from Cluj. Since 2018, the Allgeier group holds the majority stake in iQuest Group, and currently, iQuest Group is 100% owned by Nagarro. www.iquestgroup.com