industries
Explore how digital product engineering can transform your industry.
view all industries
services
Accelerate your vision with technologies that are both agile and cutting-edge.
view all services
insights
Explore the thought process and insights of our experts.
view all insights
blog
CARING@Nagarro: Mansi Gupta on being ‘CARING’
Sabrina Floh
blog
Building a design system from scratch
Cody Cai
events
Enterprise agility in the time of COVID
more information
about us
Who are We?
We are Client-centric.
Get to know why we are different
investor
relations
View our financial
information.
view more
news &
press releases
Catch up to what we are
doing, and what people
are talking about.
news center
career
offers are
waiting for you
get to know us
view
job offers
Want to skip all the introductions, search directly if we have offer for you
view job offers
check my application status
log in
talk to us
Welcome to digital product engineering
Thanks for your interest. How can we help?
view contact details
offices
follow us 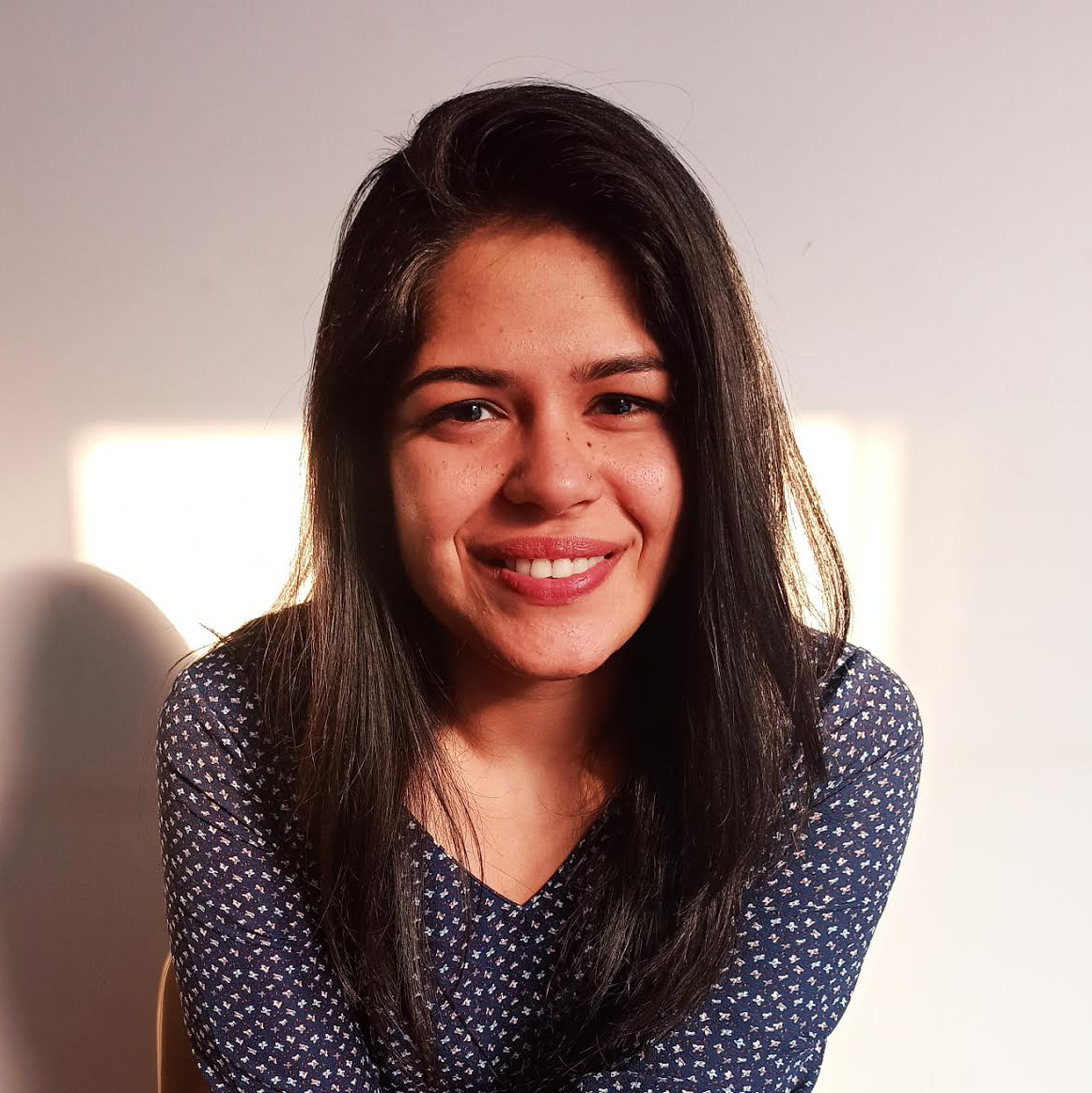 The WhatsApp Chatbot crowdsources air pollution instances that would be forwarded to the concerned authorities to expedite redressal.

To put things in perspective, India’s current COVID-19 death toll of 71, 642* (approximately 10%) pales in comparison to the annual deaths caused by air pollution. Further, any long-term exposure to air pollution can cause a plethora of severe health problems.

According to another study, published in The Guardian, air pollution may damage every organ and virtually every cell in the human body. The comprehensive analysis reveals that air pollution may be harmful from head to toe, leading to chronic and serious health disorders, including dementia, heart and lung disease, fertility problems, and reduced intelligence.

What is Nagarro doing?

Given the severity of the problem, Nagarro has launched a WhatsApp chatbot to report air pollution. The bot will enable people to report air pollution instances, anytime and from anywhere. The chatbot is a hassle-free communication channel between people and the concerned authorities to expedite redressal and make people more aware about their surroundings.

How does it work?

The WhatsApp Chatbot can help with the reporting in two easy steps:

Step 1:  To report, share a pinned location of the instance, so that the concerned authorities can be identified (identification of authorities is instance-specific). 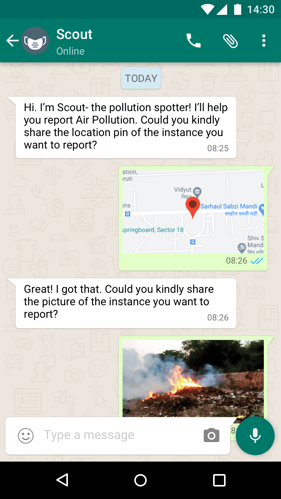 Step 2:  Share a picture of the instance to be reported for instance-specific redressal. For example, click a picture of garbage being burnt and share it, as shown below. 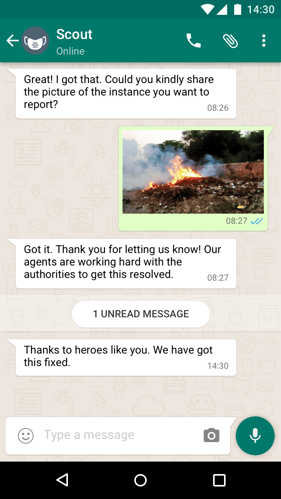 With this initiative, Nagarro appeals to the citizens of India to be proactive about taking care of our environment and ensure clean air for everyone. Let us join hands with the authorities to combat and defeat this menace of air pollution, which is affecting our planet and everyone in so many adverse ways. In this regard, such an initiative is, in many ways, a breath of fresh air!

Want to keep up to date with us?
Follow Us!

1 of 4
1 of 4
2 of 4
3 of 4
4 of 4
skip
Hi!
I'm Ginger.
l’ll make sure your message reach the right person. Just need you to answer some questions before.
What is your name?
Why do you wanna talk with us?
select a reason
Business
General
Job seeker
Perfect, could I also get your email please?
Is there anything you want to tell us about your request? Some additional details?
We have received your message!
Thank you. We will get in touch with you soon.
Close