20 years ago, Marco dedicated himself for the first time to Pop Art. For the anniversary edition, he will showcase an excerpt of his best works from the last two decades.

About Marco Villard and his Pop Art

"The world is a village" - this description has never been more appropriately used before while introducing Marco Villard. Who is Marco? Marco was born in Brussels to a French father and an Austrian mother. He lived there until the family moved to Switzerland where he spent his childhood years before embarking on a journey through the country: He lived in Italy, Spain and the UK until finally settling down in Austria.

Marco started working as a cartoonist in the early 1990s for Business Central Europe (part of The Economist Group) and used to work as the house cartoonist for European Voice newspaper since its launch in 1995 (based in Brussels and also part of The Economist Group) until 2016. In addition to various newspapers and magazines (in Switzerland and Austria), Marco also worked as a cartoonist for one of the European Commission's department and its many conferences, usually drawing simultaneously with the designated speaker.

Marco, feeling somewhat restrained by the small size of cartoons, made the jump in 1999 into paintings, incorporating his cartoonist style into Pop Art. Because of his caricaturist approach, Marco uses real people or images in his artwork and does not shy away from controversy. He works mainly with acrylic paints on canvas. As motive he chooses, beside current topics, paintings of the classical art (baroque) and creates unique Pop Art works from it.

More about Marco Villard and his Pop Art

If you wish to receive an invitation to our next vernissage, please send us your contact details: artforum.at@nagarro.com 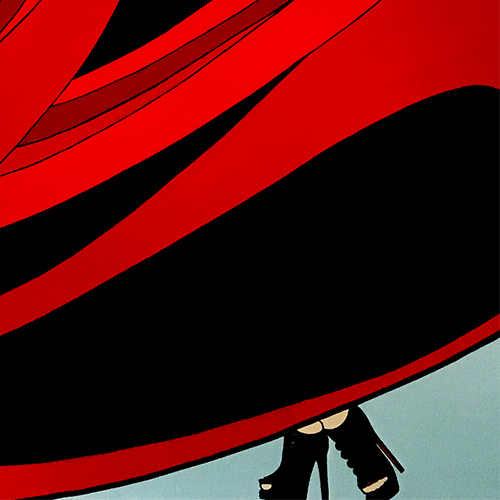